Just Herpes
Home Testing Other STIs When to Get Tested for Chlamydia
As an amazon associate, this site may earn from qualifying purchases.

Chlamydia is a common STI that’s easily curable, but can cause infertility if left untreated. Learn when to get tested for chlamydia and other important details about chlamydia testing. 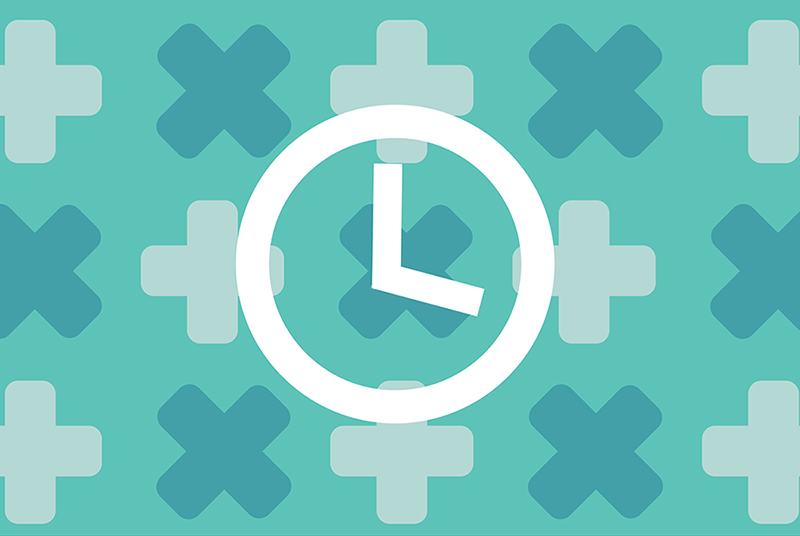 How common is chlamydia?

Chlamydia is very common. In the United States, it’s the most common bacterial STI. The CDC estimates that almost 3 million people get chlamydia annually. New cases are most common among people ages 14-24. (1)

Chlamydia passes to partners through semen and vaginal fluids. It can affect the penis, vagina, urethra, cervix, anus, fallopian tubes, throat, and eyes.

Chlamydia usually has no symptoms. Most people who have it feel perfectly normal. Different studies suggest that only around 10% of men and 5-30% of women who have chlamydia develop symptoms. (2)

But even with no symptoms, untreated chlamydia can still harm fertility.

When a person does have chlamydia symptoms, they usually appear 1-3 weeks after infection. Sometimes, they can take months or even years to appear at a time when the immune system is compromised by another illness.

When to get tested for chlamydia

Now is the right time to get tested if you are sexually active, haven’t been tested recently, have a new sex partner, or believe you are at risk. The CDC recommends the following guidelines:

Sexually active women under 25 should test for chlamydia every year. Women who are older than 25 with new or multiple sex partners should also test yearly.

Anyone who has a sex partner who has an STD should be tested.

Pregnant women who are at risk should be tested for chlamydia early in the pregnancy and again at the third trimester. Plus, they need tests for gonorrhea, syphilis, HIV, and hepatitis B.

Men who have sex with men should get tested once a year, or more frequently if they have multiple partners.

Men who are exposed to an infected partner should be tested.

If you believe you’ve been exposed, chlamydia testing can take place within 1-5 days from exposure, but is most accurate after five.

How often to get tested for chlamydia: The CDC recommends that men and women at increased risk be tested every 3-6 months, and that sexually active women under 25 years be screened for chlamydia annually (6). Clinicians also test for the infection during initial pregnancy screenings and again in the third trimester.

For general STD testing, see our page about when to get tested for each one.

Should I retest for chlamydia?

If you test negative before 5 days from exposure, you should test again after 5 days. If it comes back positive and you take antibiotics, you should retest 2-4 weeks later to ensure the Chlamydia trachomatis bacteria is clear from your system. Re-test after three months to be certain it’s gone. (7, 8)

How is chlamydia tested?

Chlamydia tests involve a simple urine test or swab. Routine urine tests can screen for gonorrhea and chlamydia at the same time. However, a swab test gives a more accurate result.

A swab test is usually better than a urine test. Swab results tell doctors if the infection is from chlamydia or gonorrhea. Knowing which helps your doctor choose the right antibiotic. This is important since gonorrhea is becoming resistant to most antibiotics.

Still, the standard test is urine for a male and a swab for a female patient.

Where to get a chlamydia test

You can get a chlamydia test at your doctor’s office, a local or campus clinic, the health department, or at a Planned Parenthood location. You can use programs like this one to order a test kit online for private home testing.

How to test for chlamydia at home

You can order test kits to test for chlamydia at home. Our affiliate myLAB Box can send you a test kit for certain STDs or for a full-panel test. They also connect you to a physician who can call a prescription into your pharmacy if you do have an STI / STD.

Can I get free chlamydia testing?

Depending on your income, you may be able to get free chlamydia testing. Search for your local Planned Parenthood and ask.

Chlamydia tests are accurate 95% of the time. There is a small chance that an STI won’t be detected even if there is one.

Chlamydia can be serious if left untreated. It increases the risk of reproductive complications like infertility.

Untreated chlamydia can lead to pelvic inflammatory disease and cause permanent infertility in women. This happens when the infection spreads from the cervix and into the uterus and fallopian tubes.

The CDC estimates that 24,000 women become infertile every year due to untreated STIs. (3)

If an infant contracts chlamydia during childbirth, the infant could be at risk for conjunctivitis or pneumonia. (4) Newborns at risk can be tested with a swab from the inner eye.

In men, chlamydia can travel to the tube that carries sperm and cause pain and fever. (5)

Untreated chlamydia may increase a person’s likelihood of contracting or passing along HIV. (6)

How chlamydia is transmitted

Mothers who have chlamydia can pass it on to infants during childbirth.

Chlamydia does NOT spread through everyday contact like touching, hugging, coughing, sneezing, or sitting on toilet seats. The bacteria cannot live outside the body, and needs wet contact.

Chlamydia is curable with a full course of antibiotics. Sex partners should also be treated, as reinfection is possible.

Some states allow Expedited Partner Therapy, or EPT. That means doctors can give you extra medicine for your partner.

How to prevent chlamydia

Using latex condoms reduces your risk of getting chlamydia. The CDC says a monogamous relationship in which both partners have been tested is safest.