Just Herpes
Home Herpes Remedies Medication Valtrex Side Effects | Common to Rare Warnings and Contraindications
As an amazon associate, this site may earn from qualifying purchases.

Valtrex is the brand name for valacyclovir, a drug used to treat herpes viruses like shingles, cold sores, and genital herpes. It can be used immediately to treat an outbreak or on a daily basis to prevent outbreaks. Because of its different uses, it’s important to know some Valtrex side effects as well as some precautions for good measure.

✔️Medically reviewed by Gerard Sison, PharmD on May 17, 2019

Read on to learn which Valtrex side effects are common or rare, and what other potential adverse reactions may occur. This isn’t meant to be a substitute for medical advice. Please consult a physician.

About Valtrex and its Uses

Valtrex is an antiviral medication that is usually prescribed for herpes viruses. These viruses include shingles, genital herpes, and sometimes cold sores. The generic name for Valtrex is valacyclovir.

Valtrex can clear up an active herpes outbreak if taken early enough.

Some people take Valtrex daily to prevent outbreaks, which is called daily suppressive therapy. You can still infect others if you are on Valtrex. However, daily Valtrex has been shown to reduce transmission to sexual partners by about half. (1)

It’s generally agreed that no one should take Valtrex forever, especially not in high doses.

Valtrex Side Effects: From Common to Rare

Here are listed side effects:

Infrequent adverse effects (0.1–1% of patients) include:

Rare adverse effects (<0.1% of patients) include:

Valtrex and the Liver

Valtrex dosage for daily suppressive therapy is one gram per day.

For active outbreaks, the dosage is two grams of Valtrex.

Daily use can be too much for some people who have problems with their liver, since that is where Valtrex is processed. (3)

Therefore, most people take it when they have an outbreak.

Liver damage can show up as inflammation, abnormal enzyme levels, or hepatitis.

Valtrex and the Kidneys

Over time, the cumulative effects of taking Valtrex can also damage the kidneys. In tests, Valtrex was shown to cause acute kidney failure in certain patients. (4, 5) Those who experienced these Valtrex side effects to the kidneys:

Valtrex has been linked to reports of dizziness, hallucinations, agitation, confusion, delirium, seizures, and encephalopathy in some patients. These adverse reactions are more likely to occur in elderly patients.

Valtrex is considered a Category B medication, which means there are no known risks for taking Valtrex during pregnancy or breastfeeding in humans. (7)

Doctors sometimes prescribe Valtrex during pregnancy if they believe there is a risk of an outbreak during labor, in order to prevent passing herpes to the baby.

However, the Valtrex testing to receive Category B status was only done on 749 women. Even the maker, GlaxoSmithKline, states in its Valtrex information that this study size is not adequate. It reads:

There are no adequate and well-controlled trials of VALTREX or acyclovir in pregnant women. Based on prospective pregnancy registry data on 749 pregnancies, the overall rate of birth defects in infants exposed to acyclovir in-utero appears similar to the rate for infants in the general population. … VALTREX should be used during pregnancy only if the potential benefit justifies the potential risk to the fetus. …However, the small size of the registry is insufficient to evaluate the risk for less common defects or to permit reliable or definitive conclusions regarding the safety of acyclovir in pregnant women and their developing fetuses… A 500 mg maternal dosage of VALTREX twice daily would provide a nursing infant with an oral acyclovir dosage of approximately 0.6 mg/kg/day. … Caution should be exercised when VALTREX is administered to a nursing woman.

Valtrex may be a poor option for patients with other conditions. Valtrex can cause moderate to severe complications for people with the following conditions (8):

Alcohol may worsen side effects from Valtrex. You may be more likely to feel nauseous, sick, or drowsy. You can read a breakdown of drinking while taking Valtrex here.

The makers of Valtrex don’t specifically warn against using alcohol. Still, speak to your doctor and consider avoiding alcohol while taking Valtrex.

Get emergency medical help if you have any of these signs of an allergic reaction: hives; difficulty breathing; swelling of your face, lips, tongue, or throat.

Stop taking valacyclovir and call your doctor right away if you have any of the following signs of a serious side effect that can harm red blood cells:

Call your doctor at once if you have any of these other serious side effects:

Less serious side effects that do not mean an emergency may include:

This is not a complete list of side effects and others may occur. Tell your doctor about any unusual or bothersome side effect. You may report side effects to the FDA at 1-800-FDA-1088.

There are officially listed common side effects as well as people’s testimonies.

Going by personal testimonies online, it seems the most commonly cited Valtrex side effects include itchy skin, dehydration and thirst, and mild disorientation in some people. (9)

In fact, the information that comes with Valtrex warns that you should not drive a car or operate heavy machinery until you know the effects of the drug on you.

Valtrex is an effective antiviral medication for herpes viruses. Valtrex can stop outbreaks if taken right away, or even reduce their occurrence if taken daily.

Many people manage their herpes outbreaks as naturally as possible. They might do things like reduce stress, eat a diet for herpes, or use supplements.

Still, talk to your doctor about your condition and any other medical concerns to see if Valtrex is right for you. 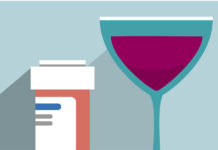 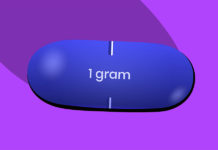