Just Herpes
Home Herpes Dating & Relationships Herpes Transmission Rates – Why Your Partner Might Not Get It
As an amazon associate, this site may earn from qualifying purchases.

Many couples in which one partner has genital herpes have a healthy sex life — and still never transmit it to the uninfected partner. Precautions like avoiding sex during and near an outbreak, condom use, and taking antivirals like Valtrex or Acyclovir all drastically reduce transmission rates. In fact, it’s possible to get your chances of transmitting it down very low. This post will break down herpes transmission rates, including female to male and male to female rates. 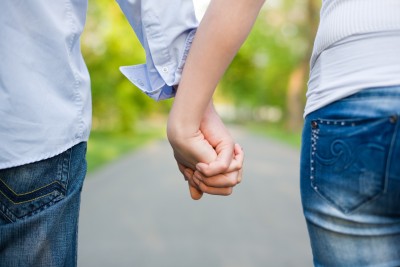 Suppressive therapy is the use of prescription Valtrex on a daily basis whether an outbreak is present or not. Whereas Valtrex is commonly used to stop an outbreak, it can also be used daily to prevent outbreaks from occurring to begin with. This daily use of Valtrex also reduces the proclivity of the virus to “shed”, i.e. be contagious as often. Its use appears in studies to reduce the viral shedding periods by 50%.

Because of the nature of male and female genitalia, it is easier for herpes to be transmitted to a woman by a man than vice-versa. This is because female genitals have more exposed soft tissue. This also accounts for why approximately 1 out of 4 American women have herpes, whereas 1 out of 5 American men does.

Limitations of the Data

Keep in mind that more research is needed. For one, the above study focus on couples who have been together a while. The data for brand new couples could differ. Plus, the Valtrex study above look at HSV-2 specifically. Of course, many cases of genital herpes these days are tied to HSV-1. And finally, there is no data available about same-sex couples. Keep these limitations in mind when looking at the data.

These herpes transmission rates should be encouraging for couples who wish to have a healthy sex life without passing the virus from one partner to the uninfected partner. When staying informed and weighing the risks and precautions, genital herpes does not have to be a barrier to intimacy. There are many couples who have been together for years, yet the partner with genital herpes never passed it to their partner.