Just Herpes
Home Herpes Facts Herpes is the Top Reason TV’s The Bachelor Denies Contestants
As an amazon associate, this site may earn from qualifying purchases.

A news item that swept social media this year was about two things: reality TV show The Bachelor and herpes. 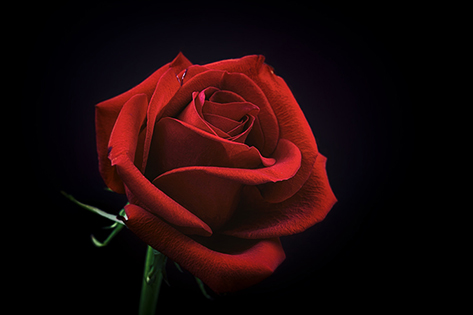 It started when an excerpt from Amy Kaufman’s then-forthcoming expose, Bachelor Nation: Inside the World of America’s Favorite Guilty Pleasure, revealed the behind-the-scenes, actual “reality” into how the show is produced.

The part that made waves was the revelation that the show screens potential contestants, and the top reason they are denied a spot on the show is herpes.

“Finally, the potential contestant would be taken for a medical examination. Samples of their blood and urine would be collected. These samples would be tested for drugs and sexually transmitted diseases.”

Any potential contestants who tested positive for an STI/STD would lose their eligibility. And as many news sources said, that was the number one reason people wouldn’t get on the show.

Here’s where we start getting to the really interesting point. Apparently, the show’s staff would often be the first person to even hint to the contestant that they had herpes, rather than their doctor.

“Then they’d realize they’d been denied from ‘The Bachelor’ and now a bunch of people knew they had herpes.”

The fact is, statistics for herpes are high. Depending on the dataset you look at, estimates are as high as 1 in 5 Americans carrying a genital strain of HSV-1 or HSV-2.

And if you talk about HSV-1, usually associated with cold sores, you’re now talking about 80% of people who have it.

Yet despite those numbers, 80% of people who have genital herpes don’t even know it. That’s not all that surprising, though, when you consider that herpes viruses (HSV-1 and HSV-2) aren’t included in standard STD panels.

Apparently, The Bachelor included it in theirs.

The Reasons are Complicated

Why are the numbers so high? It’s partly because it’s not included in standard STD panels, and partly because most people just have no symptoms. If you don’t have any symptoms or cause to believe you have anything, then it’s easy to spread to partners.

Doctors once believed herpes could be spread only during an outbreak, but that’s now known not to be the case. Herpes survives by hiding in nerve cells and occasionally becoming active, which causes an outbreak. But sometimes, asymptomatic shedding happens. The virus becomes contagious with no visible signs at all.

Why isn’t it included in standard STD panels? The CDC doesn’t really recommend it without visible symptoms or cause for concern. And the CDC doesn’t believe the tests necessarily curb the spread of the common virus. The most beneficial reason to be tested is if a patient is having symptoms or is pregnant, so they can take precautions to have a safe delivery.

The CDC has even emphasized that the emotional toll of diagnosis is disproportionately greater than the actual need for the diagnosis.

Could it be that the dreaded, fearsome herpes is over-stigmatized?

Consider this: Most people know of cold sores, and a vast 80% to 90% of adult Americans have the HSV-1 virus that causes them. HSV-1 is a herpes virus, and it can be passed to the genitals as well.

That’s right. Even though HSV-2 is the strain typically associated with genital herpes, if you get HSV-1 on your genitals, you still have the real, scary, bonafied genital herpes.

The virus has existed forever, but became stigmatized in the 80s. According to this article, drug companies and irresponsible journalism transformed HSV from an occasional benign inconvenience to a scary, shameful problem associated with infidelity.

When you look at it bearing the facts in mind, it’s no wonder herpes is the number one reason over which the show turns away applicants. Hyperbolically, everyone has it, but nobody knows.

Although it made for a scandalous-sounding gossip story, the story isn’t really about the character of the people on the show.

The story is about the lack of awareness about herpes and its mostly harmless reality.

Can Herpes Kill You? Common Questions