Just Herpes
Home Herpes Facts FAQ Living with Herpes: You Have It, What Now?
As an amazon associate, this site may earn from qualifying purchases.

So you found out you have the herpes virus, and are probably feeling uncertain about the future. If you’re asking yourself how to live with herpes, know that it’s more than possible: Many people consider it to be nothing more than an occasionally inconvenient skin condition. You can live a full, happy, and satisfied life with HSV-1 or HSV-2. This article aims to put the virus in perspective and consider your options, whether to learn how to live with herpes in a relationship or manage the symptoms.

Living and Loving with Herpes 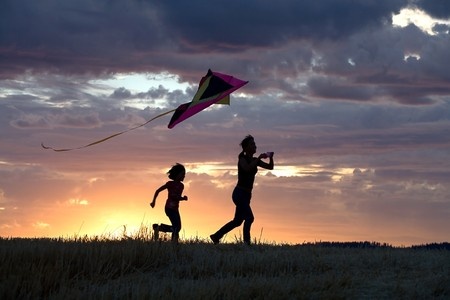 Everyone has something they’d feel uncomfortable telling people about. Everyone. And in the case of herpes, STD statistics show that herpes is actually relatively common. In fact, some studies estimate that one-fifth of the American population is infected with genital herpes. That means more than 5o million people in the United States are living it. And according to statistics, 42 million of them don’t even know they have it. This isn’t something unheard of or new. Globally, an estimated 536 million people are infected.

So many people now and before you have had to deal with herpes. And guess what? It wasn’t the end of the world for them, and it isn’t for you either! So many people of all ages have had relationships, married, had children, and just generally continued to live normal lives with this virus.

You aren’t alone. Herpes is the second most common STD out there next to HPV.

When it all comes down to it, herpes is a nuisance, a nuisance primarily related to your skin surface (like a rash), but definitely not a death sentence. Herpes is highly manageable. As you saw in the above point, it’s also common and lots of people manage with it to the point where it’s hardly an issue at all. So put it in perspective:

Maybe you’re starting to accept it, and want some direction for the future: “Okay. I have herpes, what now?”

3. Learn How to Date with Herpes

Yes, you can still date, and quite successfully too. This is all about confidence, self-respect, and honesty. Once you have come to terms with the diagnosis, it will be easier to inform and reassure potential partners about it without scaring them away. That’s because, believe it or not, it’s your attitude and feelings about it that will come across the most.

Now here’s the facts: You do have to inform your partners before intimacy happens. But it doesn’t have to be as hard as it seems. There is a right way to tell someone you have herpes: Calmly, informatively, and aware. Let them know that having sex with you doesn’t necessarily mean they will get it. Let them know the herpes transmission rates when using forms of protection like taking Valtrax and using condoms. They’re surprisingly low.

Of course, if you’d like to avoid having the talk, you can do that too by dating people who have herpes. That’s because there are herpes dating sites you can use, in particular Positive Singles, which you can read more about here.

4. Take Care of Your Health

If living with herpes will teach you anything, it’s to pay attention to your body, and that’s a great thing. In fact, if you didn’t tune into your body and its needs before, it’s almost kind of a wake-up call. Learning how to manage your diet, exercise, and overall balance will not only lessen your herpes symptoms but improve your mood, sleep, sex, other health issues, and overall satisfaction in life. This could jumpstart you to learn more about safe sex, responsible relationships, nutrition, and health.

Some things you might tune into when managing herpes include which foods to avoid or keep balanced, like limiting your intake of high-arginine foods in favor of ones rich in lysine. This is known to reduce herpes outbreaks. It also helps to be conscious of getting enough sleep and managing stress, and we all need more than that. Stress is the number one outbreak trigger for many people learning how to live with herpes. So relax, get rest, meditate, do yoga, go for a head-clearing bike ride — whatever you need.

Antivirals: Antivirals are doctor-prescribed medications, specifically Valocyclovir (Valtrex) and Acyclovir. Taking them at the first sign of an outbreak can stop the outbreak from becoming worse and clear it up within a couple of days, which is great. Valtrex is generally easier to take, since you only need to take a couple a day at most. Acyclovir is much cheaper, but you could be taking four rounds of five capsules a day, totaling 20 pills! If you have insurance or the money, I would personally go with Valtrex only as needed to stop outbreaks, but that’s up to you and your doctor. Be aware that like most drugs they do have side effects, like causing dehydration or possibly some poor motor skills the first time you take it, and Valtrex is pretty heavy on the liver.

You are still you, and you deserve love and respect. The first source of that love and respect should always be yourself. Then, you won’t be willing to let anyone else compromise that or make you feel any other way. You don’t have to tell everyone you have herpes, only someone you are looking to have sex with. And even then, you don’t have to tell them as soon as you are meeting for the first time! You should tell potential partners, but you are allowed to have some privacy, too.

I encourage you to use this time for self-reflection about what you want out of life, and to do those things for yourself. Don’t let something as silly as a minor inconvenience like herpes get in the way of the bigger picture. Take care of yourself, live, laugh, and love. That’s what it’s all about.

In a lot of people, herpes outbreaks get fewer and farther between as time goes on. I’ve heard of some folks for whom outbreaks completely stopped after about five years of having them. However, not all strains or reactions will be exactly the same. This is nonetheless something very encouraging to think about. 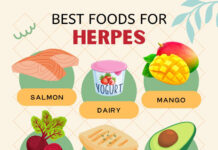 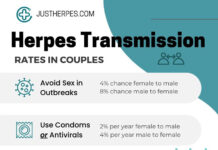 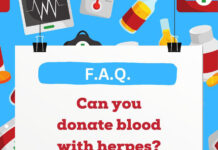 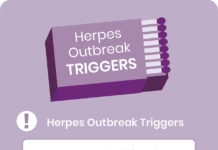 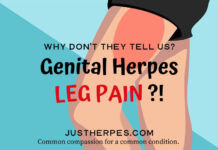 What is Epstein-Barr? Signs, Symptoms, and Statistics