Just Herpes
Home Testing Diagnosis Can Herpes be Misdiagnosed? What Affects an Accurate Diagnosis
As an amazon associate, this site may earn from qualifying purchases.

It can be hard to cope with a herpes diagnosis, especially due to the stigma around HSV. But it’s important to know your status, and your results can determine future social and medical choices. So it’s completely valid to wonder: can herpes be misdiagnosed? The answer is yes. In fact, herpes is misdiagnosed approximately 20 percent of the time! It’s typically mistaken for other common infections. In some cases, a test returns a false positive for herpes. Let’s go over both, and what you can do for accurate results.

Can Herpes be Misdiagnosed? 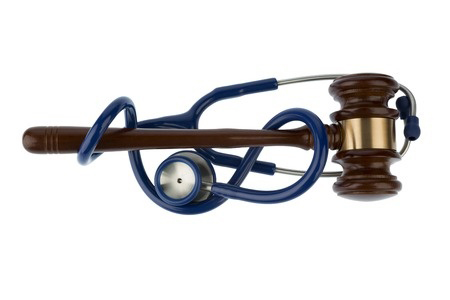 There are several reasons for herpes misdiagnoses. For instance, because the herpes virus has a somewhat typical appearance, there are still health care practitioners who do not bother to confirm it with a lab test. The doctors usually know what they are talking about, but if they only looked at it, there’s still some chance you have been misdiagnosed. For example:

Although it may come as a surprise, syphilis is a sexually transmitted bacterial infection sometimes misdiagnosed as herpes. This is because one of the symptoms of syphilis is something called chancres. These blisters can be easily mistaken for the cold sores associated with herpes. The main difference between the two, however, is that syphilis chancres do not typically develop in clusters, but rather occur as single sores. Nevertheless, they sometimes fool medical practitioners, resulting in a herpes misdiagnosis.

Impetigo is a bacterial disease that is highly infectious. It can occur in men, women and even children, and often produces crusty blisters that have a very similar appearance to genital herpes sores. Impetigo is frequently misdiagnosed as herpes and should always be ruled out before a genital herpes diagnosis is made.

Genital warts are cauliflower-like growths that can manifest in various shapes and sizes. They come from the Human Papilloma Virus – HPV. And unlike genital herpes sores, they are usually flesh colored. However, in certain cases, they begin as tiny, soft red or pink spots that are similar in appearance to genital herpes sores.

A Case for Lab Testing

Most experts agree that attempting to diagnose herpes based on a physical examination and history alone is inadequate. A physical exam was once universally accepted as an appropriate way to make a definitive diagnosis, but experts now agree that even “classic” genital herpes should be confirmed with lab tests. There are several tests a medical professional may recommend, such as virus cultures or PCR tests:

One test your practitioner may order to confirm your diagnosis is a viral culture. With this test, fluid or cells are collected from a fresh sore and examined to determine whether the herpes virus is present.

Blood tests can find antibodies that are manufactured by your immune system to combat herpes. Although not always as accurate as a viral culture, a blood test may be ordered in conjunction with other tests. Antibody tests cannot tell you how long you’ve have the virus. You can get a number to quantify your herpes antibody count, which may have clues as to how long you have had the virus, but nothing definite. False negatives and false positives both sometimes happen.

If your doctor recommends an antigen detection test, samples are collected from fresh sores and placed on a microscope slide. The test is designed to isolate antigens on the surface of the infected cells.

A polymerase PCR test is one of the most accurate tests available for genital herpes, but may only be recommended if your doctor suspects the infection has spread to your brain or spinal fluid. However, if your practitioner thinks you may have received a false positive from other tests, a PCR test may be administered. This test isolates the genetic material of the virus, otherwise known as its DNA, and it can differentiate between HSV-1 and HSV-2.

The standard test is the ELISA igG. However, the Western Blot is considered to be the only 100% accurate herpes test out there, but the University of Washington is the only place that administers it.

There’s another possibility: Perhaps you tested positive for herpes, but the test result was wrong. Mistakes of this kind are rare, but do happen. In fact, false positives are one of the reasons HSV-2 testing is not recommended by the CDC without the presence of symptoms.

Additionally, if you already had HSV-1 at the time of testing, your serological test may wrongly show HSV-2 antibodies. Take a look at this story of a grey area, possibly false positive at the Women’s Health Magazine Website, or our article on false positives.

Your Likelihood of a False Positive Increases if:

Visit a physician and ask for a type-specific blood test for herpes. You can even order a confidential STD test online. There are many herpes testing options but you are unlikely to have a false positive herpes test if you undergo one of the latest type-specific serological tests. A serological test for HSV can determine the difference between HSV-1 and HSV-2. The Western Blot is considered to be the most accurate; in fact the only 100% accurate herpes test out there, but the University of Washington is the only place that administers it.

If you have only had a physical exam and are left wondering can herpes be misdiagnosed, it is in your best interest to schedule one of the tests outlined above. Never attempt to diagnose yourself. Rather, seek the advice of a health care professional if you have any doubts about your diagnosis.