Just Herpes
Home Herpes Facts Herpes in Men: Treatment, Signs, and Symptoms.
As an amazon associate, this site may earn from qualifying purchases.

About one in five American men has the genital herpes virus, and about 80% of those don’t even know. So how does it affect men? Read on for the specifics when it comes to herpes in men. 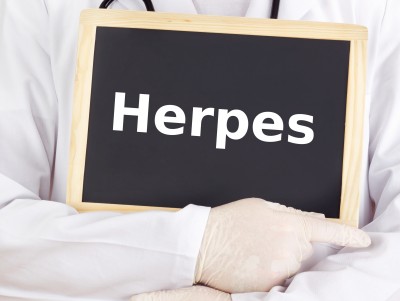 Genital herpes symptoms in men can range from so mild that they go unnoticed by the affected man, to severe outbreaks on the skin surface. Symptoms usually appear within two days to two weeks of first exposure to the virus, but this isn’t always the case as some people have it for a long time before seeing the signs. (Order fast, private STD testing online here.)

Herpes outbreaks in men tend to show up as blisters on the tip or shaft of the penis (as opposed to the base), the inner thighs and buttocks. Homosexual men may also get blisters around the anus. These outbreaks are highly contagious if they come into contact with someone’s skin.

Herpes is highly contagious, even when there is no outbreak. Herpes is most contagious during the outbreak, and when it’s dormant it is generally not contagious. However, sometimes the virus becomes active even without an outbreak. This is called a “viral shedding” period. So it can be transmitted even without an outbreak happening, and it’s difficult or impossible to know when viral shedding is occurring.

Heterosexual men are slightly more likely to pass the virus to their female partner than a woman is to a man. Because of the nature of male and female genitalia, it is easier for herpes to be transmitted to a woman by a man than vice-versa. This is because female genitalia has more exposed soft tissue. This is probably why 1 out of 4 American women has herpes, whereas 1 out of 5 American men does.

Transmission rates can also be lowered with Valtrex and condom use, and avoiding sex during outbreaks.

When it’s all said and done, for many people herpes is simply comparable to an annoying skin infection. For many people, the worst part of it is the label or stigma. However, herpes doesn’t have to rule your life at all. It is manageable with a healthy diet, possibly some natural home remedies, and perhaps prescribed antiviral medication. It’s also still very possible to have a healthy love and sex life. Talk to your doctor to determine whether or not you have any STD, and find out about your options. (Order fast, private STD testing online here.)

How Long do Herpes Outbreaks Last?